Check copy for typos to protect your reputation 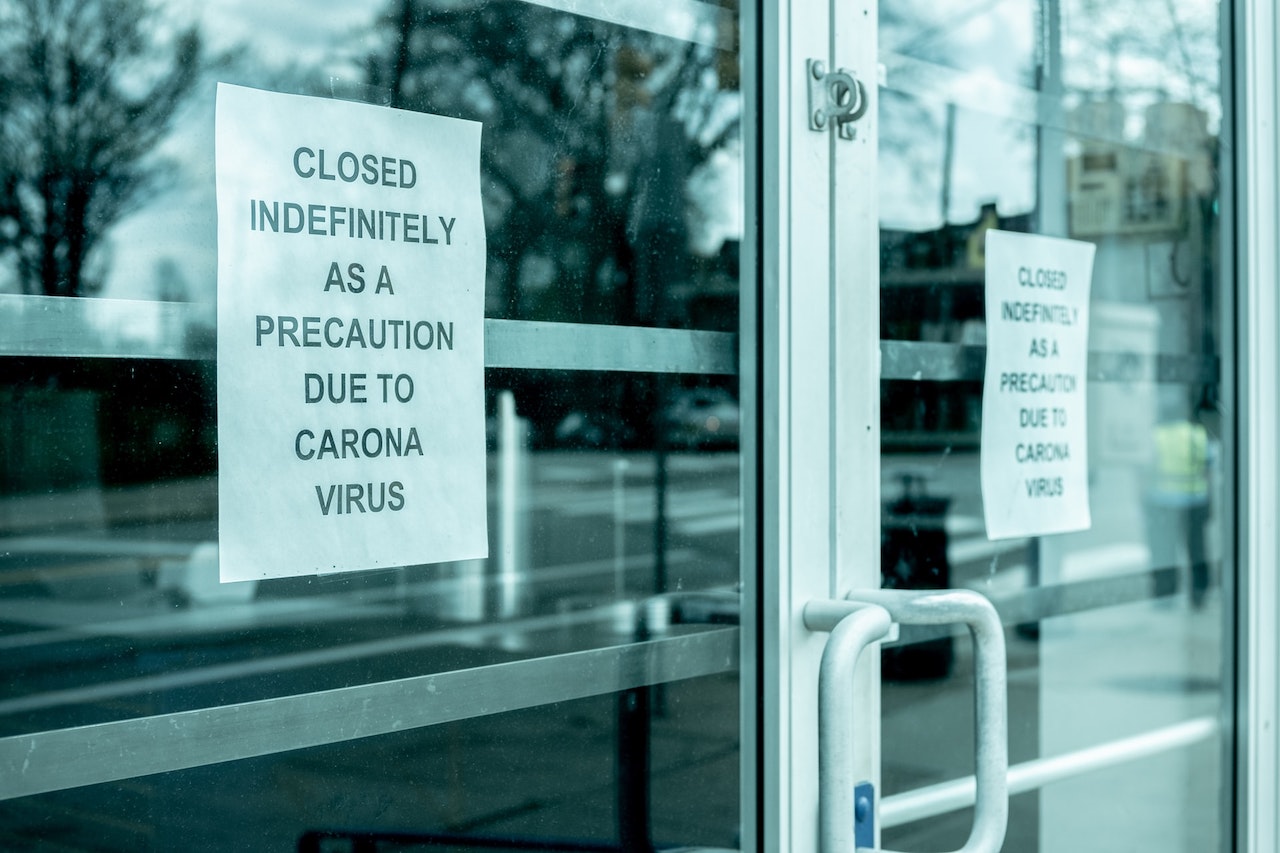 Are typos something to laugh off or take seriously? It depends on how important you think brand reputation is, and what it means to your business.

Typos can be funny.

They can also be taken too seriously. A recent BBC post about a government press release feels opportunist rather than forgiving, but it does reveal the importance of getting words right.

Let’s analyse types of typo. There’s the genuine mistake caused by a fat-finger error, often associated with numeric typos. These can be costly, as was the case with Max, who sold his Bored Ape NFT for a lot less than he’d hoped for. (I didn’t know what a Bored Ape was either, but the typo is a financial howler regardless.)

Another typo type is an error of ignorance such as a poor level of basic literacy. If you can't spell, you're more likely to commit a typo, and punctuation may be an alien concept. Then there's lack of attention to detail, where duplicated words creep in, or letters go missing. This last one can be related to fat-finger errors, and is sadly prevalent in corporate communications. It's one thing to commit the error, quite another to let it pass unnoticed, particularly if business materials, as they frequently do, pass through many approval processes.

So, this post isn’t a finger poke at educational standards. It’s an open letter to lazy companies unwilling to sign off on professional copywriting services. It’s an observation about lack of due diligence and respect applied to the skill of writing. We are not all blessed with the ability to paint The Starry Night, nor suitably gifted to pen 1984. Very few of us can write a symphony. Yet, corporate hubris leads to the belief that we can all write a press release, a case study, a speech, an ad campaign, a social media post, or a thought leadership blog. Actually, no, we can’t.

The importance of checking

There’s an absence of professional deference when it comes to getting writing right. Where this comes from is anybody’s guess, and there are many possible reasons to explore. It could be management arrogance, an unwillingness to spend money, overconfidence, carelessness, ignorance, or indifference. Typos can also appear out of sheer enthusiasm, excitement, speed of thought, and other more positive scenarios. Either way, what’s missing is the final check.

I’ve scoured this article a few times before publishing it, but I’m no saint when it comes to writing. I may still miss things, will continue to use long sentences where short ones will do, and will mix my tenses from time to time. I also have fat fingers. And language, with all its hard, unforgiving rules, can still be subjective according to fashion, meaning, and evolution of how we phrase things in different parts of the world. Some of us go to the trouble of making sure we’re being grammatically correct for a piece of work that doesn’t necessarily require it. But if checking your writing is part of your process, you’re spending your time well because being aloof about corporate copy can have adverse effects.

How people perceive you is more important than what you'd like them to believe. If you haven't heard of the Wicked Bible, look it up. There's an error in the commandments that may have alerted readers into realising a divine hand wasn’t involved, revealing the wizard behind the curtain. It may not seem significant now, or can easily be laughed off, but at the time it was published (1631), it was deemed "scandalous”. The culprits were apparently fined, and lost their printer’s licences. Here was a damning indictment from the Archbishop of Canterbury, George Abbot:

"I knew the tyme when great care was had about printing, the Bibles especially, good compositors and the best correctors were gotten being grave and learned men, the paper and the letter rare, and faire every way of the beste, but now the paper is nought, the composers boyes, and the correctors unlearned.” (Source: Wikipedia)

It’s fair to say that when it comes to particularly influential text, it’s crucial to get it right first time. The debate then is what’s considered influential.

Check copy to protect your reputation

Here’s another fun example of a typo in the wild, courtesy of UK supermarket chain Waitrose. I discovered it on LinkedIn, where there were plenty of laughs and wry comments to be had.

Stop chuckling for second. Now think about how many people had the opportunity to read this before it found its home on the shelf. How many people saw this before customers? Having worked in magazine publishing, I know what it’s like to leave unwanted phrases in printed copy. The permanency of print means if it’s too big a mistake, it’s going to cost someone money. The example above isn’t hurting anyone. It’s not even a typo in the strictest sense, but it’s clearly a copy error that highlights a breakdown of process.

I want to avoid being overly harsh to Waitrose because I think this is a rare occurrence (correct me if I’m wrong). If it happens more than a couple of times, they really should find another way of leaving comments for someone else’s approval. Speaking of which, whose approval do you need when you’re the copywriter? If someone changes your work after the fact, despite them not being a professional writer, the outcome may still fall on your head. A copywriter should be strong about final versions, as ceding responsibility to a manager or CEO with a large ego can go badly wrong.

Some might say a typo or copy error isn’t critical, “as long as I’m understood”. Ask an accountant if a mathematical error isn’t so vital, or the Bored Ape guy above. The occupational hazard of fat fingers can be costly. If you compile dictionaries, typos will hit your reputation. If you're a copywriter, you may lose the client, especially if they're browsing your website. Being understood is important, but reputation is something you should carefully nurture.

When you make a mistake in something as simple as your own language, how well you actually perform your job may not matter. The damage is done. Some people might say the tradesman who left a sign by the roadside advertising his services needn’t worry about his obvious error – people don’t care if a painter can spell, or makes typographical errors.

On the other hand, did he check the poster before it was printed? If so, does he check wall surfaces with the same attention to detail? Does he cut corners? Does he hide errant brushstrokes behind curtains? Will he finish the job properly?

Language barriers should be no barrier at all these days. If you sell your product in English-speaking territories, try to have your website and marketing materials thoroughly checked by a copywriter. If you don’t, you may end up with an FAQ section that looks like this.

I mean, would you buy this product? Would you trust this seller with your payment and personal details? A slapdash approach to writing is sometimes funny, but not very often. It can hit you where it hurts, such as your reputation and bottom line.

And when it comes to the big stuff, such as selling a house, would you trust this agent with your property description, with the conveyancing details, with email correspondence with your solicitors, and with the final contracts?

‍Is it worth taking the risk?

‍It’s easy to blame other circumstances for your business failures, or lack of interested customers. Occasionally, it’s you. Put yourself in your readers’ shoes and ask yourself why they abandoned your shopping cart, or clicked away on a certain page. You may immediately think they’re cheap, disinterested, bored, hard to please, and so on. The reality may be that they found too many typos in your marketing messages and decided it wasn’t worth taking the risk.

Many people won’t give a hoot, but many people will. Every so often, you’ll mess up. We’re all human. Don’t beat yourself up. For your business’s sake, try not to make a habit out of it.

Main image by Joshua Olsen on Unsplash. Waitrose image by Sophie Jones on LinkedIn. All other images by Shaun Weston. 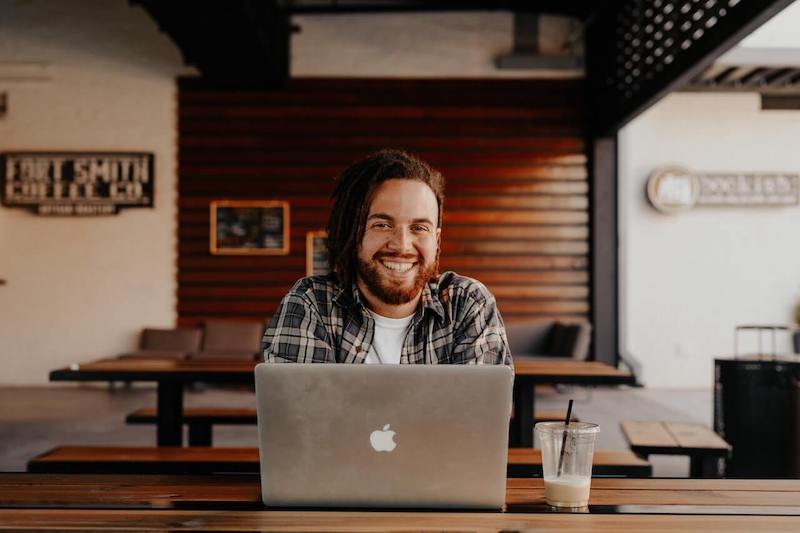 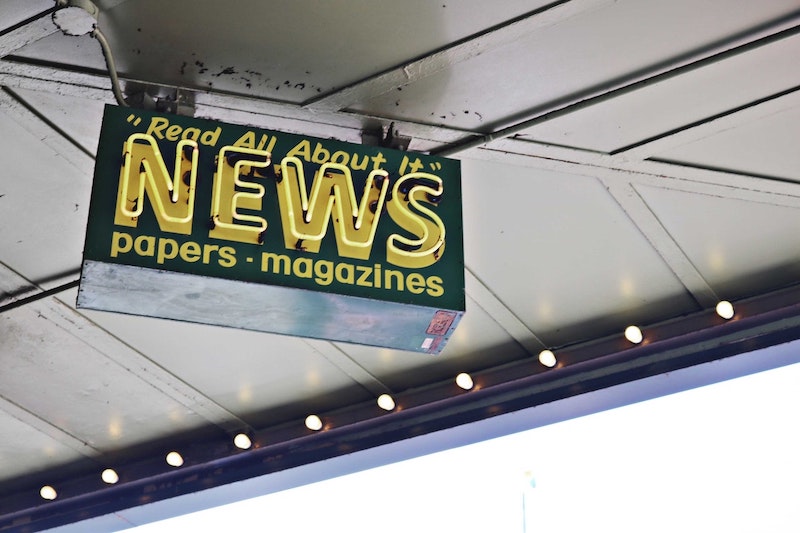