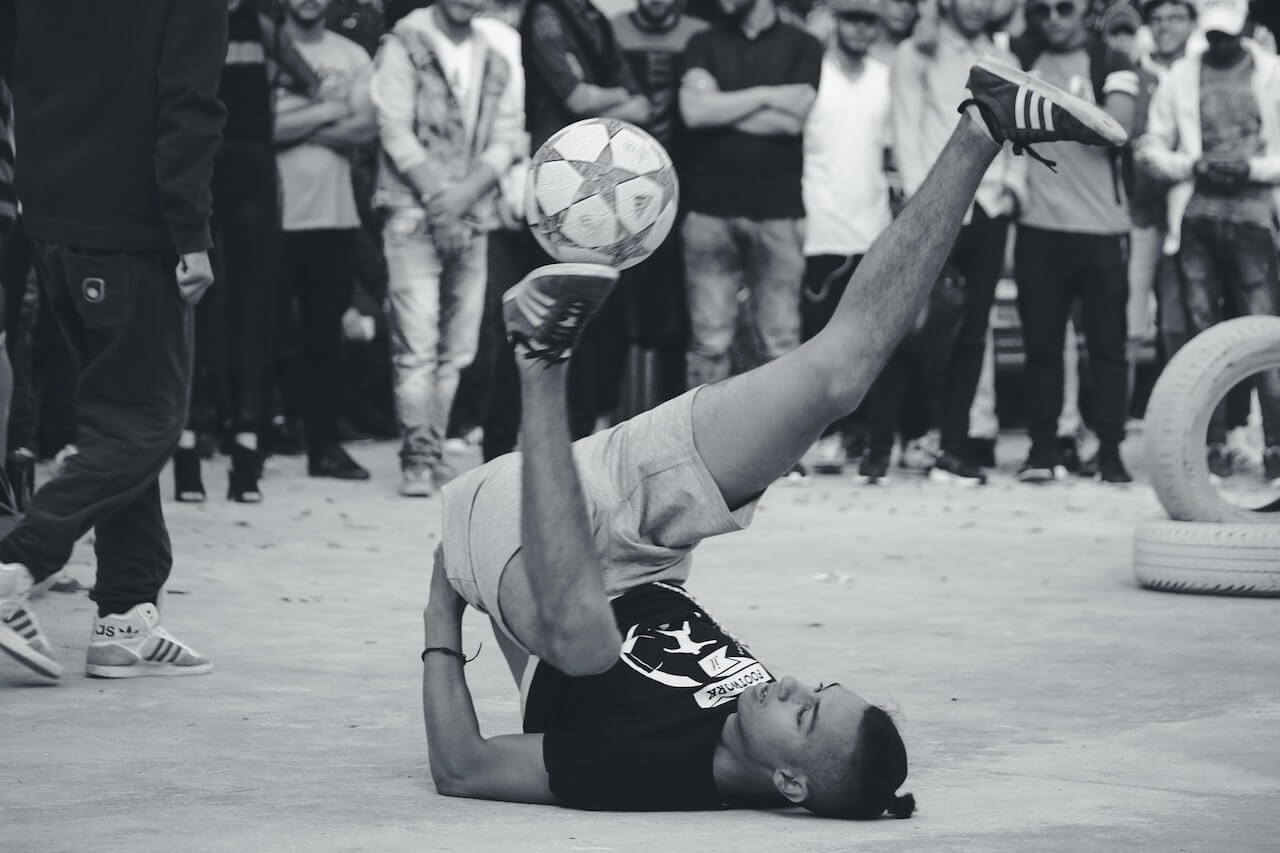 Stuck in the black fixings of their humid cupboard, John and Shaun talk about the various skills of a communications professional.

Some skills are learned while some are innate. What makes us good communicators, and why is John obsessed with planning? (Probably because it’s a good thing.) Shaun also has a pop at lazy/unrealistic writers of job descriptions.

Shaun (after delivering the intro without the aid of notes): Well, I remembered that.

John: It was impressive. You remembered a whole line of text.

Shaun: I remembered a whole line of text. This goes back to my university days. I did theatre, darling.

John: I have always thought of you as being quite dramatic.

Shaun: I can be. You know, I can be quite dramatic. It appears to be an innate, uh, skill. Did you like that segue way?

Shaun: You say that every time! 😁

John: Is it an innate skill? There are skills that you can learn, but I don’t think anyone sets out thinking, “I’d really like to be a communications professional”.

Shaun: You mean like a police or an astronaut? A comms professional.

John: Yeah. Do people even know it exists as a career? It’s a really interesting one. It’s such a part of corporate life for businesses, and there’s all types of different disciplines. Who thinks, even when they’re at university, that that’s what they want to do? Would they even know it exists?

Shaun: I think there are some companies now that have a communications department that don’t know it exists 😬

Shaun: That was naughty.

John: It was naughty. Maybe think about the skills that you need to do it. What do you think are the important ones?

Shaun: Basic numeracy and literacy. Well you see, that comes back to my question. You’re throwing my own question back at me. Is there a base qualification?

John: Well, I think now you can. I mean, I was tongue in cheek about people at university. I think there are communications degrees now and it is something that’s coming because there is such a need for it. Maybe when I fell into it, from a personal perspective, it’s not something I knew existed. I might have known about media people and press officers and that sort of thing, that side of things. I didn’t really understand that there were these teams of people who work inside organisations and help people help leadership communicate with the people. I think in your own world, do you think that comes directly from a leader all the time? You know, someone there typing away … Maybe that’s why there’s typos.

Shaun: There are lots of leaders who are very good at running a company, but they’re not necessarily good at communication. They need people to help them with communications. We know the importance of communication, but if you’re fresh out of university, then … I’m sorry. You did say there were courses now at university?

John: I think so, yeah. There’s certainly postgraduate courses and Masters and things like that, so I imagine there’s actually also degrees.

Shaun: Y’see, here’s a strange thing: When I was at university, I got my degree in journalism and communications, but it wasn’t anything to do with the communications that we talk about now on a professional … it was very, very different. What they’re talking about is probably media communications rather than that very specific level of knowledge you need to connect people within an organisation.

John: I think journalism is something that … a lot of the skills that you would have as a journalist, you would have as a communicator as well, really transferrable. And I believe a lot of people – certainly that I’ve worked with over the years – have come from that background. Because there’s things like really good writing skills, telling stories, helping take people somewhere with the prose they’re writing. So it’s a really good core skill to have. There’s also this thing with journalists where they’re planning their work; they’re planning their stories; they’re researching. All those sort of skills are really important. I think maybe where it differs in the same modern communications role is the technology side. It’s really understanding how people connect. I think the word engagement is such a big part now, where maybe it wasn’t 20 years ago. So comms and engagement is one side, and then media/journalism skills on the other side. You also need to have that psychology side. How do people think? How do people want to receive a message?

Shaun: Well, that’s an interesting point you make. There are certain things you can learn, and most of what you’ve just laid out are things you can learn, I think, to a certain degree, to either be a good communications person or an excellent communications person. But then you got to psychology. I think there’s an understanding of psychology; you can get an understanding of it, but I think that’s more about the innate skills you should possibly … to take it to a level such as listening and empathy. I don’t think you can really teach those things.

John: No. So do you think it’s something natural that people need to have?

Shaun: Maybe the best comms people have those things: listening skills and empathy. Because empathy is about understanding what other people need and how they can best get that ‘thing’ according to them. That’s empathy. It’s putting yourself in someone else’s shoes naturally, not having to think hard about it. It’s a natural thing. And then listening. So would you say … can I put those two in the bag? That they are two core skills you might need to have to be a very, very good communication professional?

John: Yeah. I’d agree. So what else have we got there – storytelling?

John: So how do you think people get into this? You talked a little bit about a lot of people from a journalism background and moving into this, and maybe historically that’s come because journalism is not so well paid. Maybe corporates or big companies pay more for people with those skills. So maybe that’s why people are moving into those sorts of roles.

John: And they must have 10 years’ experience!

Shaun: I feel like writing to them and saying, “Are you kidding? Are you really looking for someone who can give you all of this value and you’re only gonna pay them 20 grand? Are you kidding?” It seems now, the communications role, the copywriter, even PR – PR and marketing used to be one thing!

John: But even the videographer, photographer, all these skills – people are expected to have them all.

Shaun: Yes, and a lot of people do, but they’re Jacks of all trades rather than very specific professionals, and I think the communications professional should absolutely be applauded for being master of their subject. They have listening skills. They’re empathetic. They have learned their trade.

John: When they get to a more senior level, it’s about them being strategic thinkers as well. They need to play the long game with what they’re doing. They’re not just being tactical and reacting all the time. They need to be very good at planning …

Shaun: Is this coming back to planning, by any chance? 😊

John: It’s coming back to planning. They need to really understand where the business is going and how they can bring the people along with it. It’s a really big part of their job. So it comes back to that engagement piece. It’s not something about, “What am I going to say today?” It’s what we’re saying for the next year. How do we build that story up? Again, it maybe goes back to really good journalism, or other types of media where … Take a soap opera: they’re building those stories up over such a long period of time to get you and to hook you in. I think it’s a very, very similar sort of skill with a professional communicator.

Shaun: Life in an office can be a soap opera.

Photo by Aziz Acharki on Unsplash 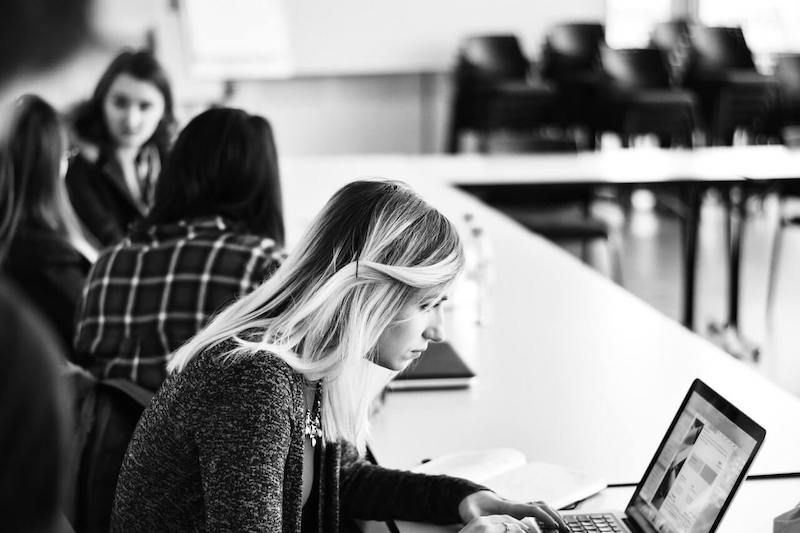 November 14, 2020
By
Shaun Weston
From the Comms Cupboard