What have we learned from lockdown? 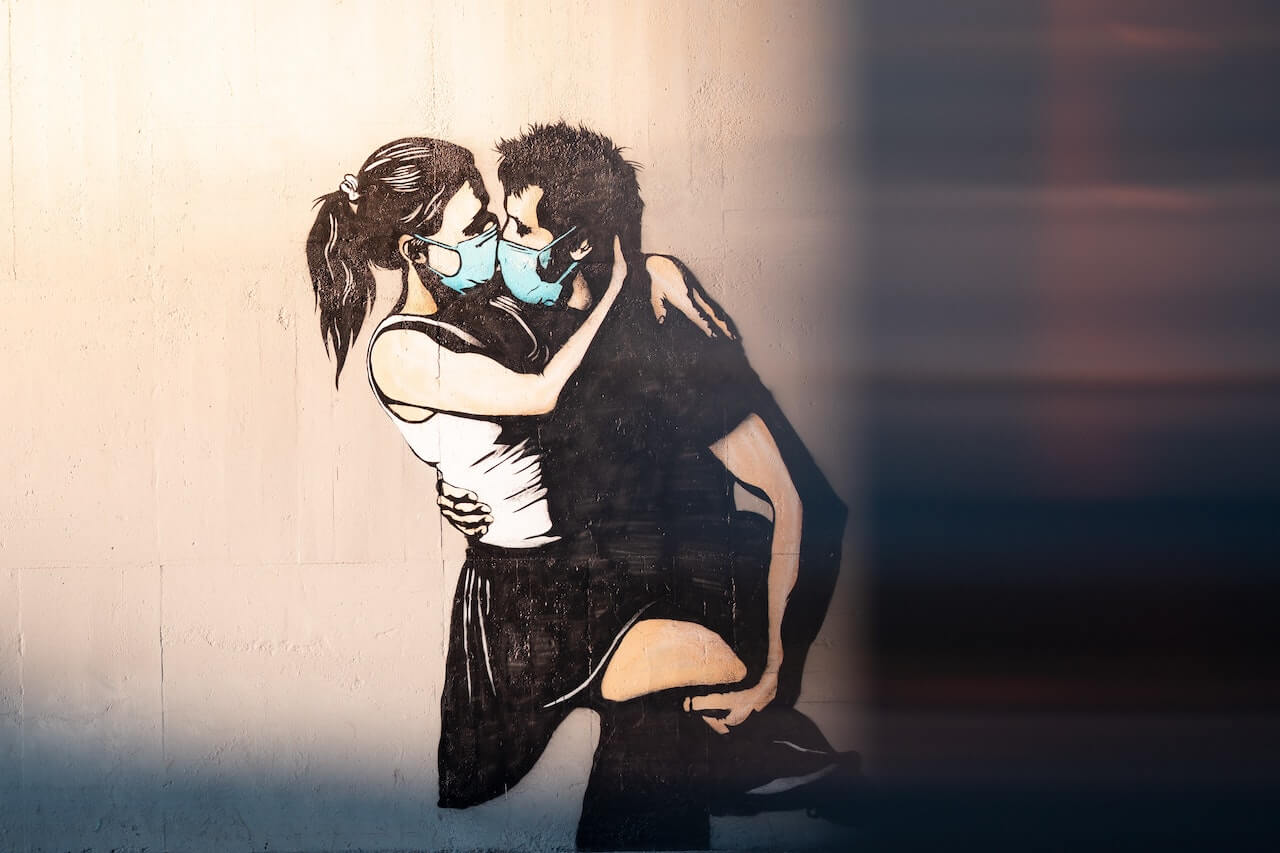 Social distancing may be easy to talk about, but what about the practicalities of returning to the office? John and Shaun discuss the ins and outs.

Does the office model have to change now that people may have become accustomed to new ways of working? Are others excited by the prospect of getting back to the commute and life behind a desk?

Shaun: I can hear you rustling paper. Are you fully noted up for this episode.

John: I was just looking to see what was on TV later 📺

Shaun: Well, it was a nice walk today anyway. Up at something called The Cloud, which is a big hill in Cheshire.

John: On the border with Staffordshire. Very beautiful.

Shaun: Very beautiful. A lot of people up there and sometimes, while we were mindful of the social distancing, it sometimes got narrow, didn’t it?

John: It did. That’s what happens when you’re on small paths, I suppose.

Shaun: I think most people were respectful of the concept of social distancing. What do you think about returning to the office following just such a pandemic? 😷

John: It’s not like it fills me with excitement, that’s for sure! Returning to an office.

Shaun: Do you think it fills most people with excitement?

John: No. I think most people – and I’m making “most people” me right now – but I think a lot of people have probably quite enjoyed the working from home experience; more people than maybe thought they would. And so returning, certainly if it was full-time, might feel quite daunting.

Shaun: There is a sense that you only ever hear from people who haven’t enjoyed it, and the people who have are the quieter ones: “Oh this is quite good. I got more done than I thought I would.”

John: Well, maybe we have to see it an opportunity. Hopefully this pandemic has shown more people that they can work successfully from home or from somewhere else and not constantly be in an office with other people. So maybe this is a real opportunity to change the model of working.

Shaun: But that has to come from the people who are running the office.

John: It does, but hopefully they’ve also, being in the same situation, have probably found, “This is easier. I don’t have to get up at 4am to get that train into London. I’ve got a bit of time now. Drop my kids off at school and I’ve still got time to make it to that first meeting.”

Shaun: What about the practicalities? How do we actually go back to the office? You know, going to Tesco now, or a supermarket, and they’ve got that one-way system and they’ve put loads of stickers on the floor. There seems to be a marshal, so you go a certain way. Is that what we’re going to have to do to the office?

John: Perhaps. Maybe. Well, it’s interesting, because you could put some sort of “don’t sit next to each other” rule, so you could all be sat in an office separately from each other again 😄 You know? Not sitting next to somebody. The flip side of it I suppose is if you think about some of the people who have gone back to work, certainly if you have never been away – doctors and nurses work side by side, and even the football is going back – they’re going to be close in each other’s proximity all the time. So once you go back, does that mean you don’t have to socially distance anymore?

Shaun: We are erring on the side of the political discussion about testing kits and all that sort of thing. I don’t think we should go down that route, even though that might become part of going back to the office. And not having as many people there for a start.

John: Yeah, I think so. There’s going to be much fewer people.

Shaun: I saw some survey results recently that showed people, like you said, have felt more productive and more useful than they expected to working from home, but that they wanted more help with productivity and engagement.

John: What do you think they meant by that?

Shaun: Well, the engagement one I think is an easier one to answer. I think that comes down to something we’ve spoken about in this very cupboard, and that is the visibility of a leader. And so they’ve wanted these people … have worked from home, but they’ve still wanted to have been seen or engaged with by their line managers, the senior leaders, the CEO etc., and they haven’t had that. The productivity side of things, though: that’s an interesting one.

John: Yeah, I would have thought most people would actually be more productive without the distraction, but perhaps it’s the opposite. Maybe they have more distraction.

Shaun: Maybe, but I wonder if they want more help with productivity? I wonder if it’s something to do with those people who normally have someone arrange their day for them.

John: I think that is interesting. You get a certain amount when you see people day to day, face to face. You maybe talk about what you’re doing that day, or things that are really required by their manager or their team. Maybe surprisingly, more people need help with structure.

Shaun: Yeah. But the survey said that 25% – and these were HR professionals that filled in the survey – 25% of survey respondents told us that their people wanted better emotional support, clarity from their leaders, but tips to make working at home easy. It’s almost like what we’re doing is we’re asking the people who run the company – our employers – we’re asking them to also have a great knowledge of what it’s like to work from home, and how we’re supposed to do this. Is that fair?

John: No, I don’t think it’s fair. I do feel like society as a whole, certainly in work places, people almost need every step being told to them.

Shaun: They needs their hands held.

John: They need their hands holding through this, and maybe that’s just the change aspect; you helping someone through that. But yeah, that’s really interesting.

Shaun: It’s an interesting one. It’s only 25%, but it’s still significant … it’s a quarter; it’s one in four people wanted that sort of thing. Yeah.

John: Do you think you can use returning to the office as an opportunity then, to change how you run your business?

Shaun: From a leadership perspective?

John: Yeah, but also, from a communications perspective. We’ve probably all got much more used to using collaborative tools, we’ve seen this massive uptake in Zoom calls and Teams calls, and people getting really quite slick with it, new functionality coming in, people really now valuing saving things into the cloud and sharing documents and working on things together. It would be sad if all that disappeared just so they could go sit back in an office together.

Shaun: It will be incredibly sad. I think if this has done anything, it has highlighted that there are tools out there that they didn’t necessarily think they needed or wanted while working in the office.There’s an argument for that. You know, if you’re in close proximity, why would you bother with certain communication tools? But you and I think they’re just as valid – Slack and Teams – are just as valid if you’re working in an office as they are working elsewhere. Now I think one of the big things for me is highlighting security. And we’ve spoken about this before, but with people in a distributed workforce (as the Americans like to call it – I quite like that: distributed workforce), security has to be really on it. And if you’re the boss, if you’re running your company, I think this has been a period of: “I’ve learned more about what you actually need to do to protect data from being read by anybody on a Zoom call.”

Shaun: And passwords. People not having Zoom calls with passwords. Why would you do that? 🤯

Shaun: Or using personal … Why would people do that? But they’ve done that because no one told them any different.

John: Yeah, or they haven’t read that it’s different. There’s that side. So from a comms perspective then, we’ve probably all seen – certainly with internal, I’m sure – it’s similar with people, B2B and to consumers, lots of new channels pop up. Organisations that might not have done town halls before or CEOs didn’t regularly communicate with their teams and … I guess maybe more of a drive to have really visible leadership communications. It would be sad for those to disappear as well, if you return to work. So is this an opportunity to really embed really good practise in communications for a lot of organisations?

Shaun: Yes, it is. And I echo what you say: it would be sad if you didn’t take those small pieces of new knowledge or learning back to the office and into your new working practice. You’ve gotta learn something from it. If you go completely back to the old ways you used to do things, then you’ve learned nothing from this.

John: I agree. It would be really sad. Here’s one for you: Why do we return to the office at all?

Shaun: Oh, don’t get me started.

Photo by Daniel Tafjord on Unsplash 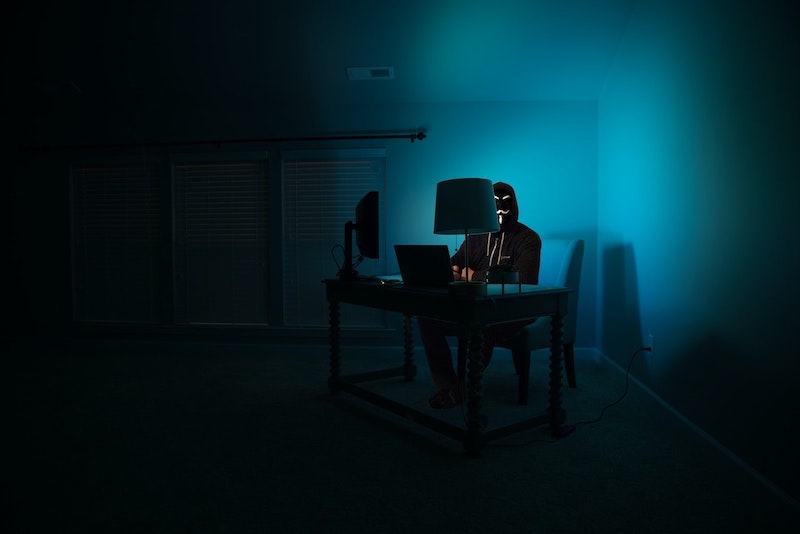 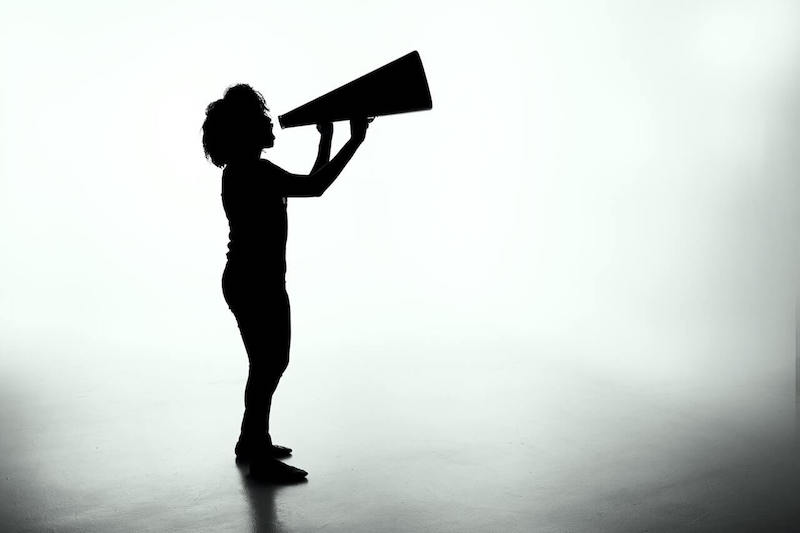 The value of communications in a crisis

February 12, 2021
By
Shaun Weston
From the Comms Cupboard