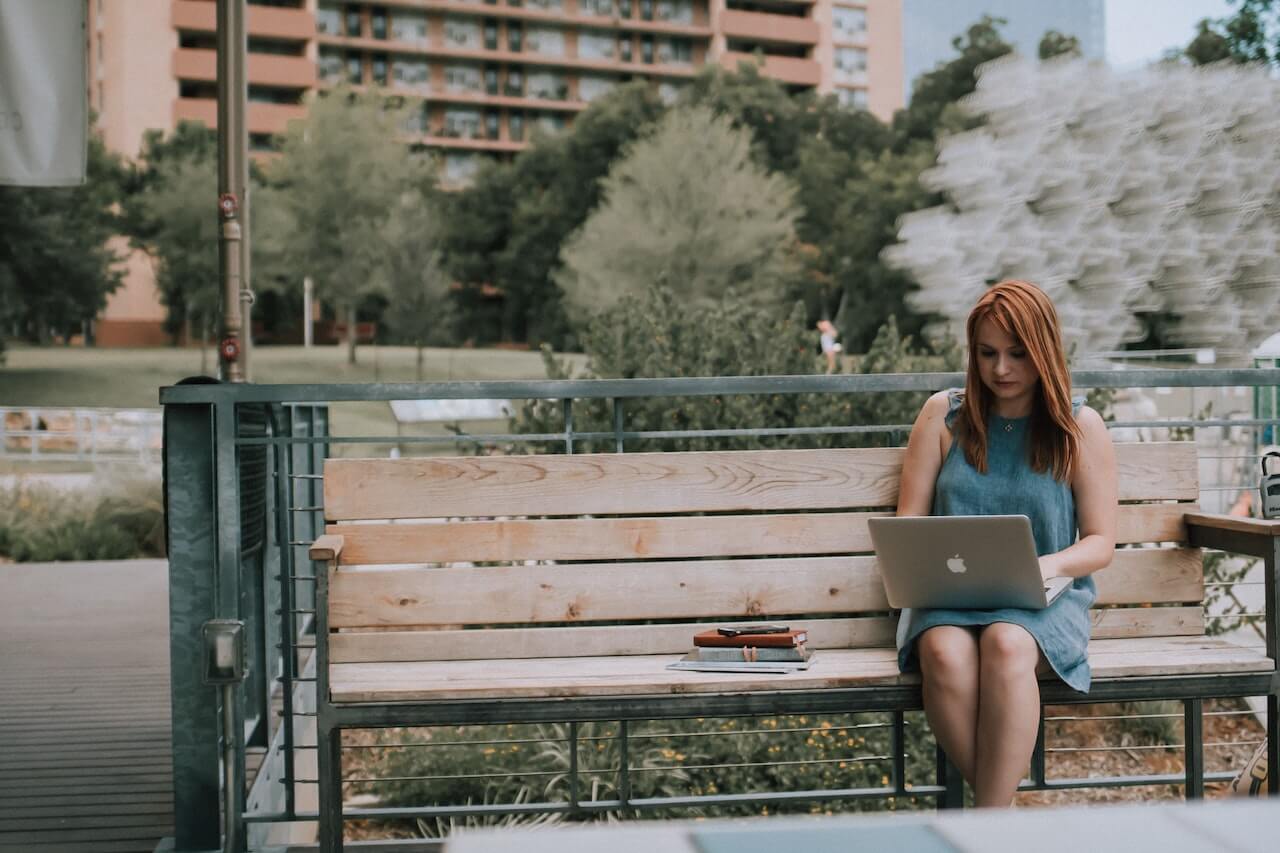 You may have been asked to work remotely recently. How do you feel about it? John and Shaun discuss the topic from the darkness of their cupboard.

Shaun: Is there such a thing as a remote work culture?

John: Good question. I think so. I think we’re very much on our way to building that.

Shaun: But a culture suggests that it’s something that everyone recognises and is defined, and is set in stone perhaps. I feel like, when I read about working from home – which is the big topic at the moment – it almost feels like that thing you’re not allowed to talk about in businesses.

Shaun: Exactly. Do you think there’s a lot of people who have been asked to work from home now, who would absolutely hate it?

Shaun: Ah, of course: the comms. So, being present all of the time; while sometimes in the office, you can hide.

John: It’s strange, but I think you can hide more in an office, because they see you sat there. And that’s important.

Shaun: Why are we bothered about what bosses think? If we’re doing a good job, and we have personal integrity, and we’re not slackers (as they said in Back to the Future), then surely it doesn’t really matter what the boss thinks. I get the job done.

John: It’s all about trust. So is this more on leaders than it is on us, or the people out there?

Shaun: So managers are the ones with the issue?

John: Maybe. And they’re passing that anxiety on to everyone else 😰

John: I guess it’s history. I guess it’s about having that separation between work and home. But yeah, why are we?! Good question!

John: Well, I think things are changing. Traditions change all the time.

John: I guess the changing aspects of the workplace, and that it costs so much to have an office … British companies having shared services in India or other parts of the world, and they obviously see that the cost is too much …

John: I think a London office, or a city centre of any major city, is expensive, so why don’t we want more people to work from home?

Shaun: And surely if you open up your recruitment process – the talent pool – of not having to have someone present in the office for you to micromanage or look over their shoulder at everything they do … the talent pool must be immense!

John: You’ve got a world of talent there!

Shaun: A world of talent! You could actually have someone sat in a humble little cupboard like this in the middle of … Iowa … and they work for a conglomerate in London. Isn’t that fantastic? And you may never have been able to attract that talent, because that person in Iowa is top of their game. And no one in London has that talent. Why would you miss out on that? It’s fantastic! That notion of being able to let go of you must wear nice shoes, you must wear a shirt and tie …

Shaun: Derek. Is that a very Iowa name? I don’t know what a typical Iowa name is 🤷‍♂️ But Derek, who works in his jim jams in a small cupboard is able to say, “I work for a conglomerate in London, and I work remotely”. It’s fantastic. I like the idea of it. We should do more of it.

John: So what about comms people then? Do you think there’s an emphasis on comms people to be present in an office; to be at their desk and ready more so than other roles?

Shaun: It depends I suppose on how you define communication. Is communication always face to face? No. I see my parents twice a year, but I’m always communicating with them. I don’t think I could spend more than a couple of hours, and them with me, before we drive one another mad. But we can call them up. I’m being trivial about communication, but it’s the same isn’t it?

John: I think it’s important for some people that they have someone on hand to do their comms for them.

Shaun: To do their bidding. Do my bidding! Even though it’s possibly not in the job description (but we’re all flexible these days, right? To a degree.) 😉 So are we saying they have to be in the office? I don’t think so.

John: I think we’re both saying the opposite. We are evangelical homeworkers.

Shaun: We are. We were working remotely before it was a thing. And it’s been a thing for about a week now 😆

John: What would you say are the big benefits of you working from home or remotely?

Shaun: The benefits of working remotely … 🤔 There are so many really! I’ve learned to become a remote worker – I think it’s a good starting place. I think there’s a barrier you need to get over, and I got over it a few years ago. And the barrier is, like you said: Do I need to show someone that I’m working? Do I need to prove it? And then you have that realisation when you think, no, I’m pretty good at my job. I’m conscientious.

John: Is this the conversation between deliverables vs time?

John: I think it was Dolly Parton 👩‍🦱

John: She’s to blame for all of this. No, we can’t say anything bad about Dolly. She’s certainly not to blame for this.

Shaun: Let’s walk that back and blame Jane Fonda instead. That’s an easy one. If we don’t absolutely consume ourselves with the amount of time being at that desk from a certain time to a certain time, and you let go of those shackles and just focus on What is my job, what is the project, what is the deliverable? (I hate that word, deliverable, but let’s use it here.) That’s the important thing, isn’t it?

John: Yes, absolutely. Surely it’s what you deliver, or what you bring, as opposed to what you don’t.

John: I mean, the flip side that’s really relevant right now is commuting. If you’re at home, you don’t commute.

Shaun: No. You save money.

John: In the past, I’ve been stuck in a car for an hour around the corner from my house, and I can see home but I can’t be there because I’m still stuck in a car.

Shaun: Or on a train. You know I’m still surprised by how many people do long journeys to London every week. A couple of hours. I don’t know how they do it. I don’t know why they do it. A job’s important, yeah, but who are they working for that thinks it’s OK to have their employees spend four hours a day of travel without paying them for it sometimes? You’ve got to ask that question.

John: There is a side of me that does think face time (and I don’t mean Apple’s FaceTime) – face to face – is still hugely important to get to know somebody and to understand them. A screen can be quite a big barrier. But it’s certainly not something you have to be doing every single day. Imagine the time, the cost, the stress that’s saved from working in your small cupboard, or in your home office, or sat on the sofa, or having a coffee while you work. There’s a lot of benefits. And there are other things, aren’t there? Creativity – that’s a big thing for a comms person. How many of us get to be creative in an office?

Shaun: We don’t have the thinking time.

John: In our cube.

Shaun: You’ve brought up a good point. I think there’s a presumption that when we work in an office, you are at your most productive. Well, we can blow that one out of the water straight away 🧨 I’ve worked in offices in the past and I’ve seen people on Facebook, I’ve seen people have several coffees a day …

Shaun: Cigarette breaks. No one’s getting any work done. They’re all chit-chatting.

John: Walking around the office.

Shaun: You know what else is great about working from home? The coffee’s better.

Photo by Christin Hume on Unsplash 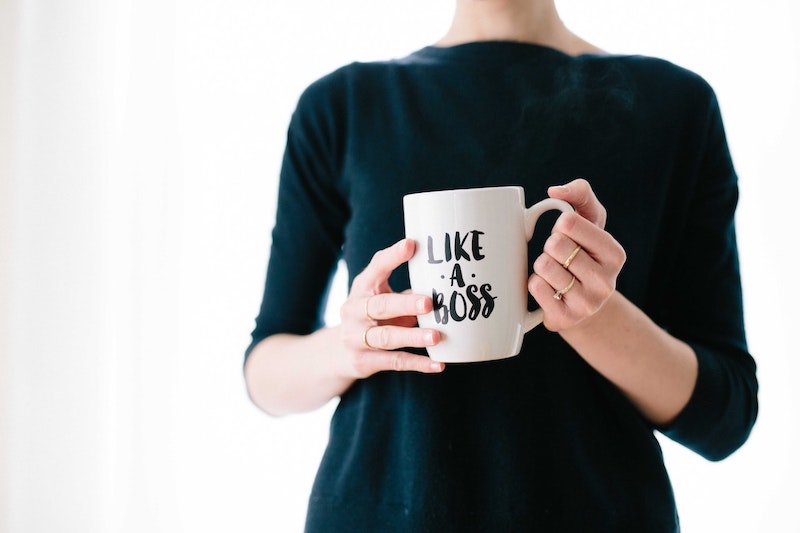 Did you know the boss doesn’t write those messages?

November 20, 2020
By
Shaun Weston
From the Comms Cupboard 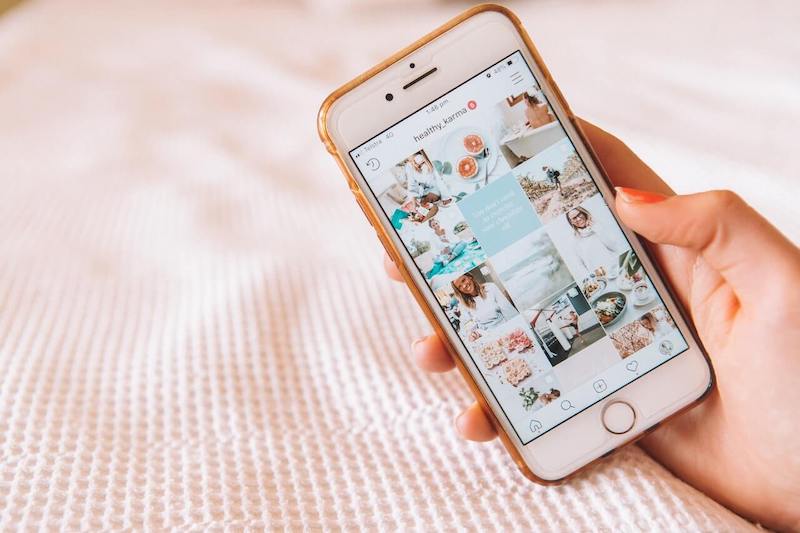