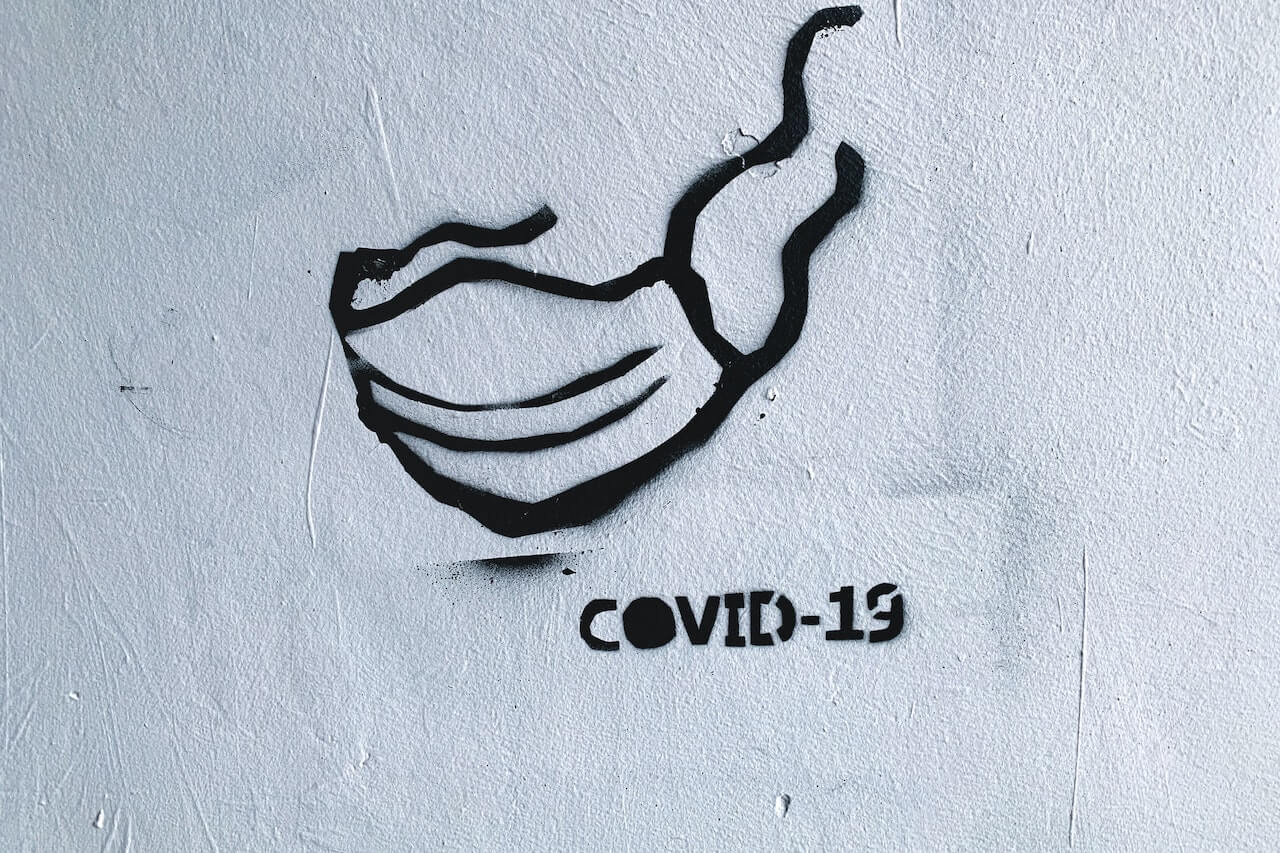 A new report looks at trends in employee engagement and internal communications. John + Shaun discuss some of the bullet points and statistics.

There are some positives and downsides to the findings, with "going digital" a key area under the microscope. Are we still obsessed with meetings? Is the IT department still deciding what tools we use? And how come no one's making a chocolate bar called Conduit? (Probably because it sounds wrong.)

Shaun: You were kind enough to send me a link to State of the Sector 2021.

Shaun: Which is a report. Who makes that, by the way?

John: Is it Gallagher?

Shaun: It is quite a big document. I go through big documents all the time, but for some reason I was procrastinating on this one. But it’s really interesting.

Shaun: They came up with four … was it four or five trends?

Shaun: My overriding … what’s the word? … takeaway. Not Chinese.

Shaun: My takeaway – my feeling – after reading through everything is that it's all interconnected. It isn’t anything we haven’t tried to work on over the last five or six years. I felt a sense of, god haven’t we fixed any of these things in five years?

John: I think it just shows you that you can't fix things too quickly.

Shaun: You said something interesting to me earlier about Covid-19 maybe playing a positive part in how things might change now 😷

John: Maybe Covid has been a catalyst for improving communications in businesses and companies around the world.

Shaun: Do you mean some of those things that we’ve struggled or haven’t wanted to change or put in place over the last five or six years? Covid is forcing the hand.

John: I think it's certainly forced the technology hand. It has certainly forced the move to a digital way of working and collaborating, so that’s been a big positive. I think someone in my job today asked me for any positives from this year. Here in the UK, we’re exactly a year since many organisations went into full work-from-home mode. It has been a positive. I think that shows in the report – it was something like 80% of companies of the people polling were now using Microsoft Teams.

Shaun: Yeah, I think it was really high. I found that a little disappointing 😄

John: Yeah, it was a little disappointing! It showed that it wasn't necessarily the communications departments that were in charge of making those decisions.

Shaun: Now who would make the decision of what software to use? I guess IT.

John: I guess IT departments, and maybe because it was an easy decision to make. They probably already had that infrastructure in place, or maybe they were already using it. Maybe it was already there and they thought how can we quickly implement tools to help people to work from home? I kind of get that, but it’s a little disappointing isn’t it?

Shaun: It's a little disappointing, especially when you read further on in the report and it actually says that while we may have gone to the easy ones like Microsoft and Yammer – which is owned by Microsoft as well – they're only being effectively used during lockdown and working from home as communication tools rather than work-collaborative. So work-collaborative is still quite low down, and people are not using those tools for that. We’re still, I hate to say it, revolving around the importance of meetings rather than productivity.

John: But yes, mostly it was people saying that it was effective for meetings and keeping meetings going and connecting people in that way. Not so much for engagement or collaborative work.

Shaun: Yeah, which is a real shame. So, on the one hand a real shame that it's Microsoft, because there are so many other tools out there!

John: And a lot of those tools are represented in the stats, but they were really low. Even Facebook … Workplace by Facebook … were still 10% or 12%, something like that.

Shaun: Yeah, which is really low actually. It was near the bottom of the list, which again says something about comms tools and any sort of productivity tools that are professional are still not reflecting what we use in real life.

John: It's interesting because in one way you can look at it as a positive in that there are tools actively being used by lots of people. The flip side is that the decision has been maybe made, not for what’s the best for our people or the best tool out there, but what’s the easiest tool to put in.

Shaun: To put into place in the workplace?

John: It's reactive as opposed to being proactive about finding the best thing to use.

Shaun: What do we think about the whole digital side? One of the biggest trends in this report is about digital. Do leaders – or should I say decision makers, who are more often than not leaders – are they savvy enough about technology that needs to be put in place or not?

John: I suspect not. I suspect those decisions get deferred to specialists, which is what a lot of organisations would do anyway.

Shaun: But the specialists don’t necessary make the decision over the budget or whether to spend on that or not. They only make the suggestions. Someone else makes the decision.

John: Yeah, I guess they do. Probably one of the nice things in the report is this idea of CEOs becoming big supporters of communication. Through this year in particular we’ve seen, almost by being at a distance, they’ve become perhaps more visible. Maybe we will see leaders or decision makers become much more tech savvy or digital savvy because they’re actually having to use it now themselves.

Shaun: You would hope so. We’ve spoken previously about the visibility of a leader and being more involved in the importance of communication. I like the section on employee experience. Did you get to that bit?

John: I did, yeah. Lots of different points.

Shaun: That's what we're talking about now isn't it because really high up the list is the forthcoming wave of popularity for not just customer experience but the people who work for you, and the importance of making people happy at work so it has a knock-on effect. And that was really good, but it also means getting that buy-in and bringing your leader closer to what everyone does on a daily basis.

Shaun: That's the role of a good comms department, isn't it?

John: It is. It’s being that conduit between the two.

Shaun: That’s the word I used in my notes: conduit.

John: Do people use that word?

Shaun: I don’t know. It should be a chocolate bar 🍫 I like the sound of it: “Conduit, with nuts.”

John: 😆 It would definitely have caramel in it. It would be sticky!

John: The best chocolate bars are.

Shaun: But that employee experience – I made a few bullets I thought were pretty good, and that is attracting new talent. When you live by the values and behaviours of what you're creating for a customer, and you actually live them in-house, I think that attracts people to your business. And right now, talent is currency.

John: If you think about it, it’s this level playing field; you’re not really offering the shiny office or the need for a shiny car, or maybe financial benefits or status benefits. You're offering what it's actually like to work in an organisation and how you all come together and have that shared experience now. It’s almost the same for everybody.

Shaun: You’d hope so. One of the statistics that wasn’t so great was that strategy for bringing people together – I think it was digital experience and technology and that sort of thing, and making it work for the company so that we can be more innovative and productive. But 27% said they didn’t have a clear strategy for doing that. That’s huge! One in four businesses said they didn’t have a strategy for bringing a company together and focusing on employee experience.

John: Do you think there’s been so much focus in the past year on just surviving and continuing that it has pushed that back as a priority for people? It’s about getting to the next ‘bit’ as opposed to being more future-focused and what you’re going to do afterwards.

Shaun: I’d like to agree, but I think if you’re just surviving, that’s fertile ground for knowing change needs to happen.

Shaun: You might be letting people go, so your workforce reduces, which can actually make you quicker to make changes. If you're just surviving then maybe your business wasn’t being run well in the first place. I think there are great businesses out there – I’ve read about them – that during lockdown have really suffered. They've had to cut people they didn't want to cut, but they’re surviving because they had that nature about them: “We’ll move quick on this and change.” And change was another part of the report …

John: Yeah, I think particularly culture change was the one that came out on top.

John: Taking the opportunity to look at your business and see whether your values and behaviours reflect what you are now. That seems to be something that's really popular.

Shaun: Popular except for 5% of companies! I couldn’t believe that, of all of those things – there was a big list of things that companies are focusing on in terms of change – 5% of respondents to this report said: “No change planned.”

Shaun: That’s remarkable. Of a list of things, not even one of those things they could think to change?

John: Even businesses that have been successful through this – I’m thinking supermarkets, food organisations and online companies – even they’re adapting because they would never have had, y’know … supermarkets never had so much demand for delivery and some supermarkets didn’t deliver at all. How is there even a possibility that any organisation could think there’s no change needed; that we can’t be better. What are they even thinking about?! You can always do better. You can always improve.

Shaun: You must always be looking to improve. I think that's one of the underlying things about this report: don’t stand still.

John: I think you've mentioned this to me before, that one of the big roles of communications professionals is to help drive that change; to get organisations thinking what can we change, even if we’re doing well.

Shaun: Can I pose a question here: Do you think a lot of comms departments don’t think that’s their responsibility, to push for change?

John: Quite possibly, yeah. I think there’s a lot of people who don't think it's their responsibility too push for change, but it’s part of everyone’s job. If you’re not thinking about how things can be done better, even in your area, what’s going on?

Shaun: We've had a full discussion here about this report and we’ve barely touched on data and insight, but the thing foremost in my head right now is shall I start a Conduit bar?

Shaun: And sell it through these wealthy supermarkets.

John: Absolutely! Who do you think might be a good partner for the Conduit bar?

Shaun: These are connecting chocolate bars.

John: You see, this is your experience. You’re thinking of your employee experience and you’re thinking: “What else can I get out of this? What else is going to make me stay?”

Photo by Adam Nieścioruk on Unsplash 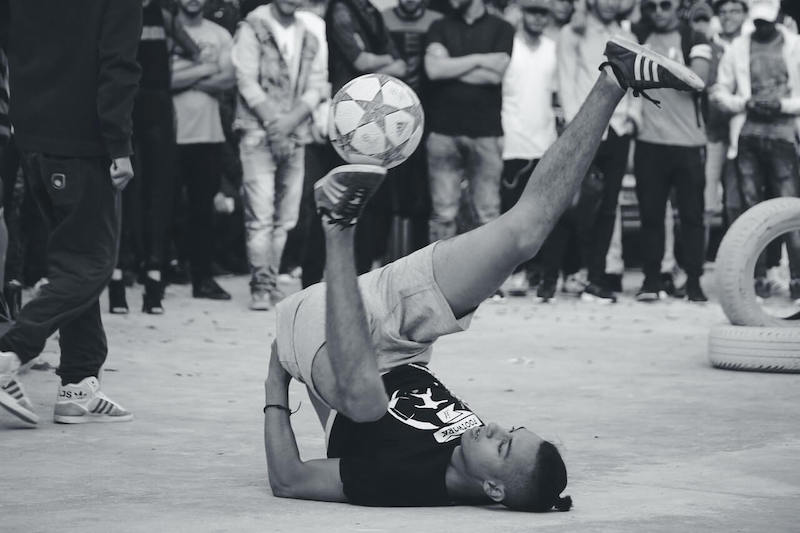 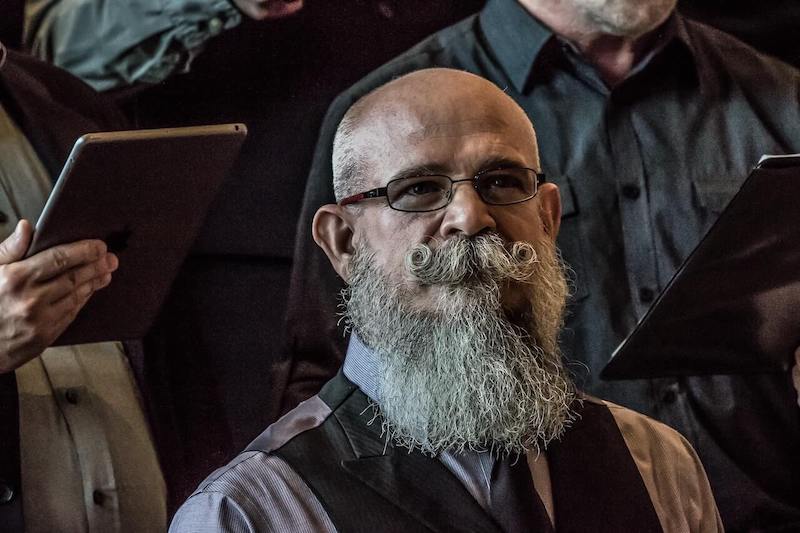